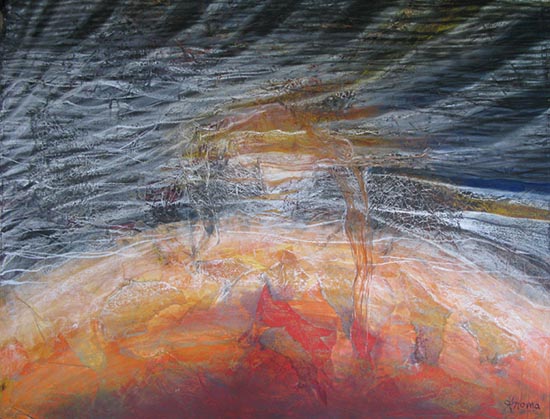 AquaXVA Gallery - Dubai - 2010 One&Only, Reethi Rah - Maldives - 2009 The exhibition is comprised of several installations which include mixed media paintings and digital art. They each explore in a variety of different ways the very compelling and global issue of climate change. Aqua raises questions of rising sea levels, increasing temperatures [...]

PhoenixColombo Art Biennale, Colombo 2009 Another world is not only possible. She is on her way. Maybe many of us won't be here to greet her. But on a quiet day if I listen very carefully I can hear her breathing.' These words by Arundhati Roy inspired the exhibition which was shown at CAB 2009 [...] 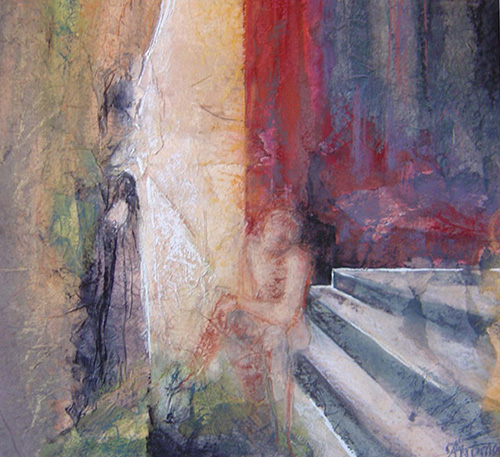 TransformationNoble Sage Collection, London 2008 Rites of passage, whether they be physical journeys, intellectual pursuits, emotional trauma’s or spiritual quests, seem to involve three separate stages. The often painful separation from the old state. A disorientating, but limited period without definition. The final release into the new element, in a new form. These journeys begin [...] 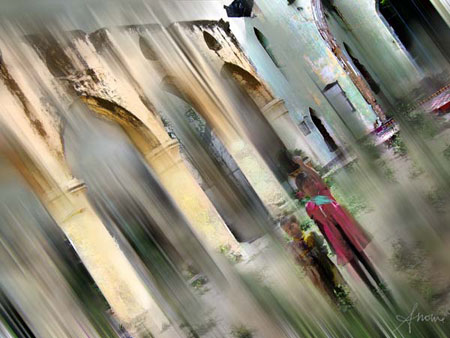 QuestThe National Gallery, Colombo The Fort Printers, Galle 2006 A trilingual multi media work that combines digital art with provocative words, music, performance  and video installation and stems from travels during 2002 to 2005 throughout war torn and tsunami ravaged Sri Lanka ranging from Jaffna to Colombo. Images of devastation and loss are contrasted with [...] 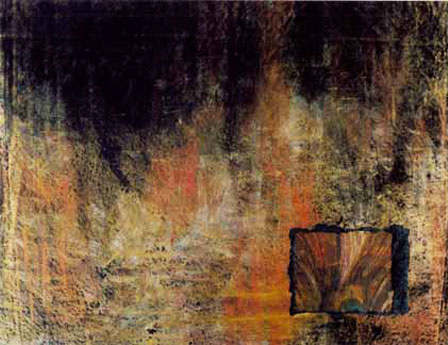 SpaceStella Downer Gallery, Sydney 2005 'The artist takes her inspiration from the poet Rainer Maria Rilke and the paintings which abound in symbolism and metaphor deal with the numinous world. The paintings are like windows of realization into the eternal tussle that exists between man and nature. They have a sense of reconciliation within this [...] 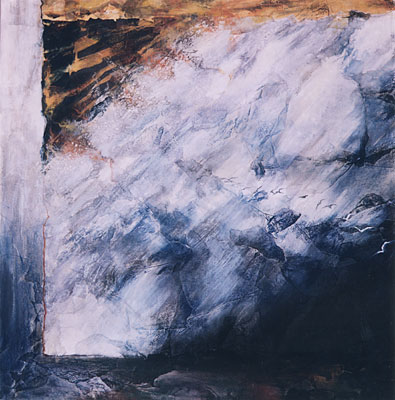 FlightParadise Road Galleries, Colombo 2004 Nothing in the human world replicates the freedom of winged flight. But dreams and art, which suspend us in their own realities, come close. Especially the dreams of flight. The birds alert us not to things but to movement and change, to revelation. Birds rise and fall and soar. Their [...] 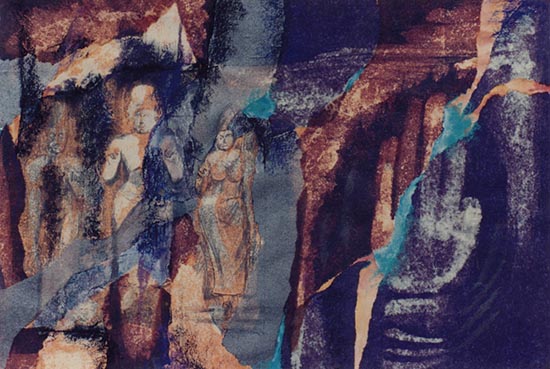 FaithArt Heritage, New Delhi, Paradise Road Galleries Colombo 2002 'Monuments in a landscape could become the inspiration for a vision of culture and society, and in turn present the reflective idiom that springs out of division and reconciliation..... The impact of history on memory and the suspicious nature of the many dogmas we collectively coin [...] 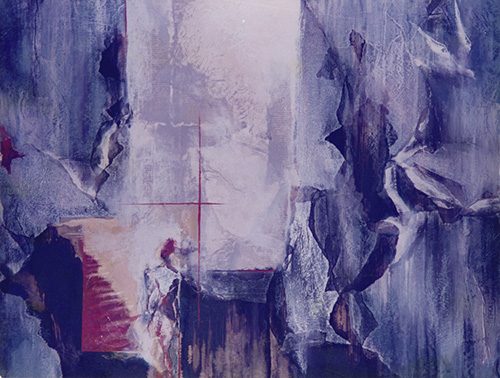 SolitudeGalerie Taksu, Kuala Lumpur Paradise Road Galleries Colombo 1999 'There are no more deserts. There are no more islands. Yet there is a need for them. In order to understand the world one has to turn away from it on occasion; in order to serve man better, one has to hold him at a distance [...]