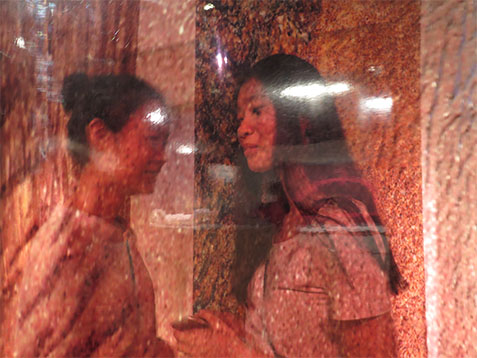 Sotheby’s HongKong exhibited the groundbreaking show by women artists reflecting the cultural, geopolitical, economic ecosystem of Asia and Europe. The concept of China s 21st Century initiative ‘One Belt One Road’ is to interconnect peoples and cultures of the maritime and land routes. Organized by the powerful HongKong Federation of Women, with the support of HongKong’s chief executive C Y Leung and his predecessor Henry Tang, along with Patti Wong, Chairman of Sotheby’s Asia, it referenced the legacy of the great art heritage of the Silk Route through the diverse artworks of internationally respected contemporary female artists from the ancient Silk Road.

The exhibition showcased the work of 14 artists from Asia through to Europe including Japan’s iconic Kusama Yayoi who is considered one of the world top 100 influencers according to Time. Saule Suleimenova of Kazakhstan who showed at the 2015 Venice Biennale, Vivienne Tam, the New York HongKong designer with works in the permanent collections of the Metropolitan in New York and the Victoria and Albert Museum, French artist Claire Deniau’s work is in the Tate Gallery, London. China’s much collected Peng Wei was amongst the artists.